I’ve recently been asked to write some instructional posts about how to become a Ham Radio or Amateur Radio Operator so let’s start off with what a Ham Operator is:

Well, that sounds quite boring. Snore. Becoming a Ham was an exciting time in my life. My husband and I had opened an electronics repair shop which catered to Truckers. We fixed pretty much any electronic devices they had in their cabs but we focused mainly on two-way radio repair. I knew only basic electronics when we opened the shop, such as reading schematics, using a multi-meter and being able to fix simple electronics problems in my home.

My husband and I worked in close quarters, an 11’ by 24’ job site trailer, and I’m telling you that man is patient. He is also an excellent teacher! He taught me more than I thought myself capable of and it was amazing. Before long I was a very capable radio technician and the drivers began to trust my work. My focus was mainly on C.B. or Citizen’s Band radios… or “children’s band” or “Sesame Street band”. C.B. radios require no licensing and it shows. Some operators’ behavior could be pretty outlandish but it could also be a lot of fun

C.B. radios run on the 11-meter band or 26.965 M to 27.405 M. (M = megahertz) What the heck does that mean? Radio is all about the length of the distance from the peak of one wave to the peak of the next wave, or wave tip to wave tip. The waves being electromagnetic waves, that range from radio waves all the way up through microwaves, x-rays and all the way up to light waves, infra-red and ultraviolet.

We had quite a radio set-up. I was running an RCI 2970 at my bench which was connected to an Antron 99 antenna on a 40-foot T.V. tower. You could hear me for miles. It was a nice clean signal. (At this point I could get lost down a rabbit hole explaining why a clean signal is important but I’ll cover that in another post.) It was part of our marketing ploy to have me “man” the radio when drivers called in. I loved it! 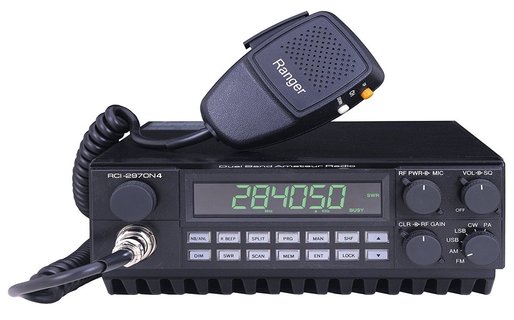 When we bought this old girl she wasn’t working very well so I fixed her! Yup!! It was just some cold solder joints, which means the solder had broken and just needed to be redone. The hardest trick was finding it. After re-aligning the whole radio she worked beautifully.

Also on my bench was a sweet little rig, a Yaseau FT-90R, VHF/UHF Dual Band FM Transceiver. It was a conspiracy to entice me into getting my Ham license. I came into the shop one day to find this awesome little rig all installed and glowing blue on my bench. My husband had his similar rig installed in our car and I enjoyed listening to him talking on it. He sounded so official using his call sign and QR codes and stuff. LOL!

One of our regular customers traded my husband’s tech work for the radio. It was a done deal and I was quite excited. I called our supplier, asked him to add an ARRL Handbook to our order and began studying for my exam.

Here in Canada, we have a national association called R.A.C., Radio Amateurs of Canada which is an excellent source of information. You can enroll in an online class or purchase your study guides. If you prefer a classroom setting find out if there is a Ham Radio Club in your area and join it. They almost always offer classes.

Even though I’m Canadian I highly recommend getting your hands on a copy of the A.R.R.L Handbook. It really doesn’t matter if it’s the most recent one. You can find them on E-bay or Amazon or maybe through a local Ham Club. A.R.R.L. or American Radio Relay League is the American equivalent of R.A.C and their website is another valuable source of information.

I refer to my copy of the A.R.R.L. Handbook as my “Ham Bible” because it is the definitive guide to almost every topic regarding Ham Radio that a newbie would need. I’ll never forget building my first antenna using this book for reference. It was my first major accomplishment.

Don’t go rushing out to buy a radio because you need to understand the equipment and how it works before you purchase it unless of course, you find an excellent deal then grab it. A word of caution: if you do have Ham equipment please ignore the impulse to key-up. Airlines, emergency services and the military use these radios and that last thing you want to do is accidentally interfere with their operations. You will be heavily fined and possibly imprisoned.

Everyone has their own motivation for becoming a licensed Ham but when it comes down to it when the SHTF Ham Radio Operators are our first line of defense. Over the years through our local radio club, L.A.R.C. (London and Area Radio Club) I’ve been involved in a search for a missing child (this turned out positive and the child was found safe and sound.), I’ve been part of the CANWARN team which monitors crazy weather and reports in and various other activities like patroling London on Devil’s Night. It’s an interesting community to be a part of. 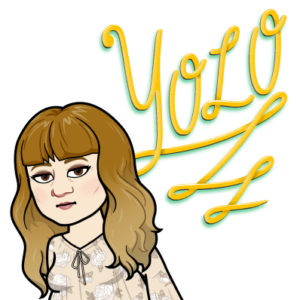