uLog #27 – Updates On The Baby, Life, and Trying New Things. 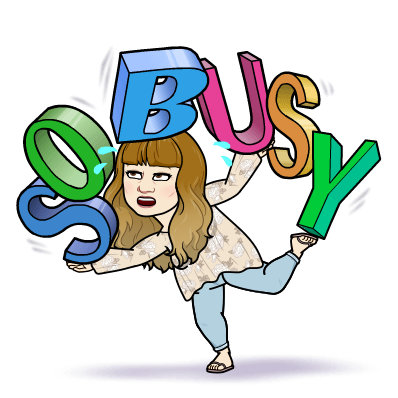 Lately it seems like I spend more time on the bus than I do at home so I decided to make use of that time by crocheting. I finished the baby blanket and am still finishing up the layette. I’m almost done but it’s too intricate a pattern to knit on the bus.

Last winter I found a spool and a half of a beautiful orange crochet cotton. I had no idea what it was for but it was vintage and needed to come home with me. A little goes a long way so I think I’ll be able to make many things from this treasure, either crocheted or tatted. It’s been quite some time since I’ve “flipped knots” or tatted.

First I crocheted on the bus: 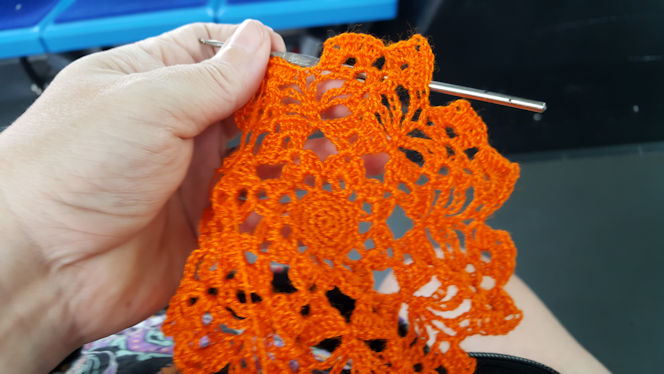 Then I crocheted standing at the bus stop: 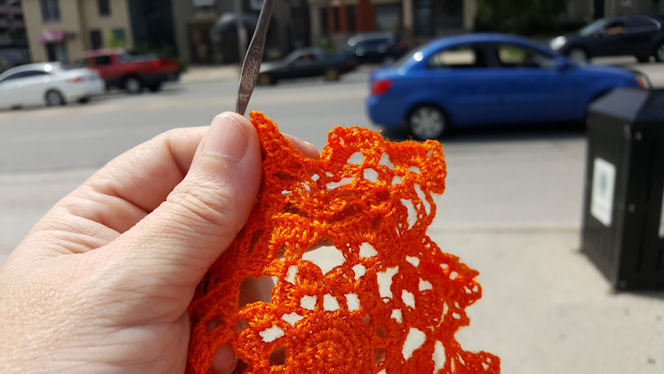 I discovered there are many more needleworkers out there than you realize….. and many of them are men. Several people started talking to me and that really made my transit time go fast. I hate waiting so crocheting at the bus stop was perfect. It seemed like only a few minutes had passed and the bus was there. In reality, it was probably about 20 minutes.

I don’t think I’ll try karaoke on the bus but I’m glad I tried something new. I’ve decided I need to try something new as often as possible and on this platform, there are MANY things to try.

Typing up your thoughts can sometimes inhibit what you want to express. Between sentence structure, spelling and forgetting where you were going with that thought it can be befuddling and can really put a damper on things at times so I’ve decided to start a podcast. I’m not sure what it will become but right now it’s my uLog! Don’t worry, it’s audio only so you can listen while you do other things.

This uLog is about what’s been happening with the long labor of @dezziQ and some other thoughts about life. There’s even a “face plant” moment!

That’s all I have for now folks. I’m currently supposed to be cleaning my house and making popsicles etc to be ready for the boys’ visit. They are coming tonight after dinner because MOM has had ENOUGH of this three-week-long labor. 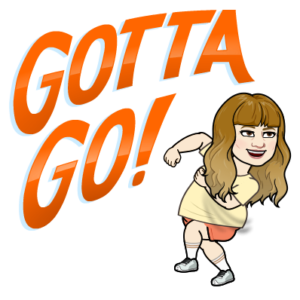