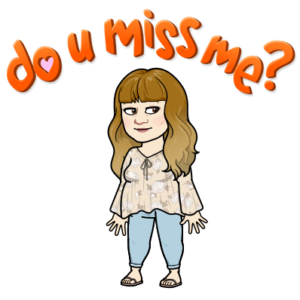 Hey all! I feel so much better. I think almost a month of constant stress about Dez’s on and off labour and other stresses of loved ones in “crisis” kinda did me in. I tend to just plow through when things are going on and when it’s over I feel it. Lack of sleep, not eating right and worry kinda takes its toll. My fault and I should know better but after several days of enforced downtime, I feel so much better!

One of my oldest friends is dealing with some heartbreaking family issues. We’ve known each other since her three girls were in diapers and now they are grown with children of their own. And we come to the problem. Her middle daughter just had her second baby. She’s a young woman, early 20’s, on her own and making bad decisions.

Watching this young lady growing into a woman, I thought she had it on the ball. She had her future planned out and was working towards it. Then Bi-Polar reared its ugly head. There’s a history of it in the family on both her mother and father’s sides.

My friend’s father committed suicide when she was young. She knew this monster intimately and was devastated when she recognized it in her daughter. She tried to get her daughter help as quickly as possible but in Nova Scotia resources are limited and waiting lists are long. Out of desperation, she turned to Children’s Aid for help. Boy was that a mistake! She jumped through every hoop they put before her and eventually her daughter was able to access the help she needed.

As we all know you can find your kids the help they need but the kids don’t always want it. Such is the case with this young lady. It’s heartbreaking to see your child suffering but even worse when that child has children. Don’t get me wrong, she loves her babies but the ups and downs are hard on everyone…… and housework suffers, inviting the wrong people into your life and just careless actions attract the attention of the wrong people.

Enter Nova Scotia’s Children’s Aid Society. So now my friend’s grandsons are in their custody. She tried to apply to be their foster home but was denied. Why??? Because she had previous involvement with Children’s Aid. Can you believe that? They don’t take into account that SHE CALLED THEM for help. I don’t understand it.

As you can imagine it’s been really hard on my friend. Honestly, if I had the cash I’d hop on a plane and go give her a BIG HUG, a cup of tea and a good old “stitch and bitch” session. I know she’s happy for me but it was hard to tell her about my beautiful new granddaughter. I feel so blessed that my grandchildren are happy and healthy with a good mother but I do know how fast your world can be turned upside down. For now all she can do is pray and try to be there for her daughter.

Parenting is not easy, no matter how old your children are. Her daughter hasn’t talked to her for a few days because my friend spoke her mind and her daughter didn’t like the truth. Even said with love the truth can hurt.

Thought for the day:

You can kiss your family and friends good-bye and put miles between you, but at the same time you carry them with you in your heart, your mind, your stomach, because you do not just live in a world but a world lives in you. -Frederick Buechner

My hubby and I were at the pool tonight, talking about our Ham radio equipment just sitting there, lonely on the shelf when we decided to dust them off and put up an antenna. Then I started thinking about all the hilarious and strange things that happened while we were running our CB Shop. I have some creative ideas that I hope will share some laughter.

I recorded a brief ulog but I started writing this post and the story decided it needed to be typed. Who am I to argue with myself? LOL!! 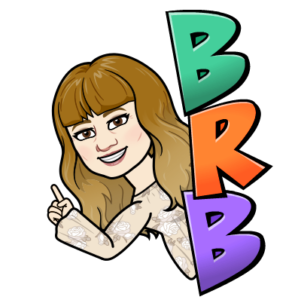