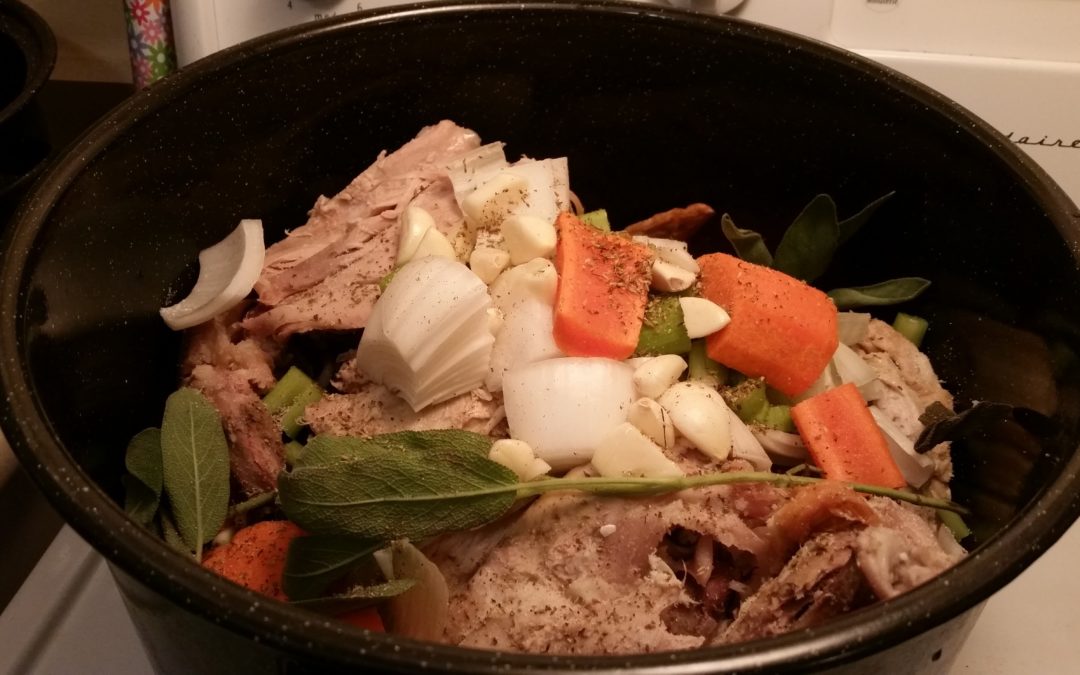 Someone very smart once told me to save all my “throw away” bits of produce to use in broth. Just throw it in a ziplock bag, keep it in the freezer and add to it regularly. Less waste? I love this idea.

I roasted a chicken tonight. It was delicious, thank you @bluefinstudios for the Rosemary and Lemon idea! I know this sounds weird but I love roasting a whole chicken! It’s like cooking several meals all at the same time. The unused meat comes off the bones to be used in other dishes and the carcass gets a hot bath!

The photo above shows my chicken carcass with a LOT of cloves of garlic and fresh onions, carrots and celery. What you don’t see is the frozen mass of veggie “garbage” under the carcass.

Simply cover with water, bring to a boil, turn it to low and walk away.

Honestly, I didn’t realize how trez chic I’ve been all these years making the all-powerful “bone broth” in my humble kitchen. If you are vegan you may want to skip to the next paragraph. I keep every bone and carcass from all the meat I cook. How often do you buy a box of broth to cook with? This is a few more steps but just as easy to use. AND…basically it’s free!

I leave the broth to slowly simmer for 8 or 9 hours. Put it on in the morning and then after dinner turn the heat off. Let it cool. Some people don’t understand the time frame when a recipe says “Let cool and refrigerate”. You don’t want to put hot food into your fridge but how long do you leave it out? The general rule of thumb is no longer than 4 hours. At this point, your food starts growing harmful bacteria which can make you sick.

Once it’s cooled sufficiently put your pot in the fridge overnight. The next morning you’ll probably notice the fat has hardened on top of the broth. Carefully skim that off, adding the cast off to the jar of oil you keep in the fridge or throw it away. You’ve also probably noticed that the broth has jelled and is a little jiggly. That’s all the goodness you’ve leached out of the bones.

How you process it from here is up to you but I usually gently heat the broth until it becomes liquid again, turn off the heat and strain it. Generally, I put a portion back in the pot with the meat from the carcass to make soup. The rest I freeze in ice cube trays and then empty them into a large ziplock freezer bag. Don’t forget to label the type of broth and date it. I usually use it up before I have to worry about the date but things happen. It’s recommended not to keep longer than three months.

Now I have beef, chicken and vegetable broth in my freezer, easy to grab and use as much or as little as I need. AND…it cost me only a bit of my time because I made it from cast offs. Now you can be COOL TOO! 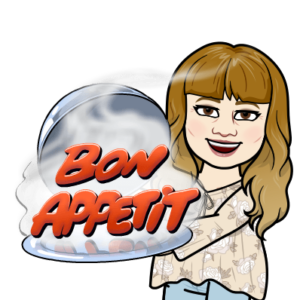 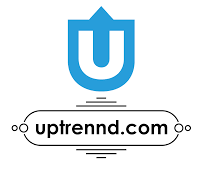