When I woke up this morning I knew today was significant for some reason but I just couldn’t think of it. Don’t you hate it when that happens?

Later on, in the PYPT after-chat my sister, @shadowspub reminded me that it was our Grandmother Instance’s birthday today! She was born September 13, 1896. Can you imagine that? She would have been 122 years old today. 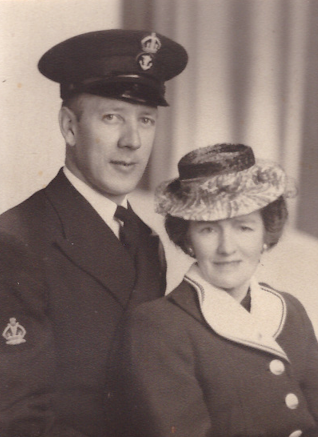 My beautiful Grandmother on her Wedding day. She was born Hilda (She hated her middle name) Walker and married Cyril Orman Instance. I should know that date, I have it written down in my Genealogy files but they are sadly packed in the back of my storage closet. Let’s just say, “a long time ago” but I’m thinking the early 1920’s.

I met Grandma in 1967 but don’t have many memories of her until about 1970. I remember she smelled like lilacs somedays, violets on other days and her mink coat was scratchy against my face. This is how I remember my Grandma looking: 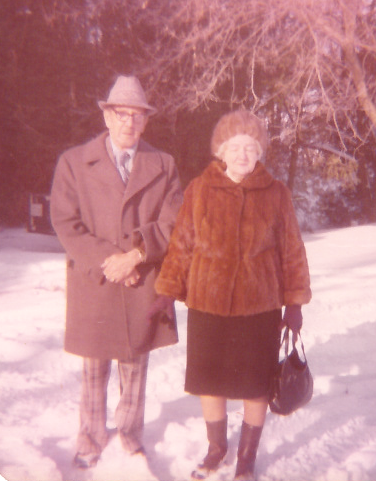 Look at that angelic face! HA! Don’t let that fool you. She was a real character. I remember she used to babysit me at her house in Shelter Valley when Mom was working, picking apples. After lunch, I would lay on the couch and she would play the piano until I fell asleep. Sometimes she even sang!! It was beautiful.

Grandma was an accomplished pianist but she hated playing for people. As I grew older she would play for me less and less but once in a while, I’d catch her playing and just stand quietly, listening until she was done. My oldest brother inherited her talent. He plays by ear but just isn’t that interested in playing. That used to aggravate me! I tried to play but I just didn’t have the talent.

My Grandmother was a strong woman with her own mind. She had her first child out of wedlock and had to board my Aunt Ginny out of the house because her hypocrite father refused to have a bastard under his roof. Little did anyone know that he had a second family…but that’s another story.

Eventually, my Grandfather came back from W.W.1 to find Grandma in a home for unwed mothers beccause G-grandpa had tossed her out. I learned this when I was 17. My Mother had a hard time telling Grandma that I was pregnant. Finally, Mom told her and she said, “Oh well, she’ll have a much easier time than I did.”. That was the Grandma I knew.

She cared for my Grandfather, who had Alzhiemer’s, for longer than her body could handle and had to make the tough decision to put in him care. Grandpa died in 1986, one year after my daughter was born.

As long as my daughter is around my Grandmother will be too. My daughter adored Grandma and was so much like her….. she still is. I don’t remember the date that Grandma died but the year was 1995. She was in her 100th year and really had had enough. Everyone she knew was gone. She was very lucky in many ways but the fact that she had not had to face losing a single child was astounding. Her sons served in W.W.II and went on to live long, fairly healthy lives.

Grandma tatted and embroidered. She also loved birds and I think that is what I inherited from her. We used to watch the bird feeders and she’d tell me about the birds I was seeing. I loved my time with her.

These really are just a few tidbits about Grandma but they are what stand out to me and I will always keep Grandma in my heart. Happy Birthday Grandma.