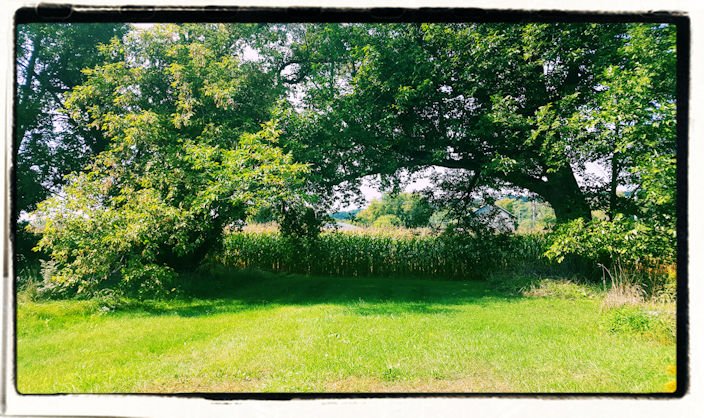 This is where I’m working today, under those trees in the shade with the cooling wind off the lake blowing through my hair. I had planned on working. I had my laptop on a little table all set up to catch @enginewitty’s show Words With Witty. I was literally putting on my headset when a car pulled in the driveway and out stepped Marge!

Marge, her twin sister Gwen and I were tight when we were kids. We shared a lot and had some adventures…LOL!! Stupid teenagers. After I had my daughter we lost touch for a bit but reconnected when I moved back to town. Then I moved to London and got lost in running the business, kids, and grandkids. Needless to say, We spent the afternoon catching up and laughing. I think we will definitely be keeping in touch.

The above was yesterday’s entry and I just couldn’t concentrate on Steem. My goal for this ulog was to think about and answer @snowpea’s 5 Question Challenge – #steemandme but I just can’t seem to get my head in the game. I will do it @snook…LOL. It will just be later.

I’m currently at @shadowspub’s house walking down memory lane. It really is beautiful here with the surrounding hills full of trees and fields. The hills are the ancient shores of Lake Ontario which is currently about 5km from where I’m sitting.

Walking down my sister’s side road brings back memories of my very young kids picking up stones from what was then a dirt road. They would fill their pockets because they knew a little further up the road, over the train tracks, they could throw them in the stream. We’d make bouquets of pretty weeds for the dining room table and all three of us would nap in the big hammock under the trees where I’m currently sitting. Then life changes, years fly by and now the trees are so much bigger.

@shadowspub took me for a drive around our hometown to show me all the new development that is happening. So many new houses have been and are being built that it makes me wonder if the town infrastructure will be able to handle the growing population. Even with all the changes the town still seems the same.

BTW, I noticed the shoulders of the road are thick with Poison Ivy. For those of you who are still not clear what it looks like I took a pic: 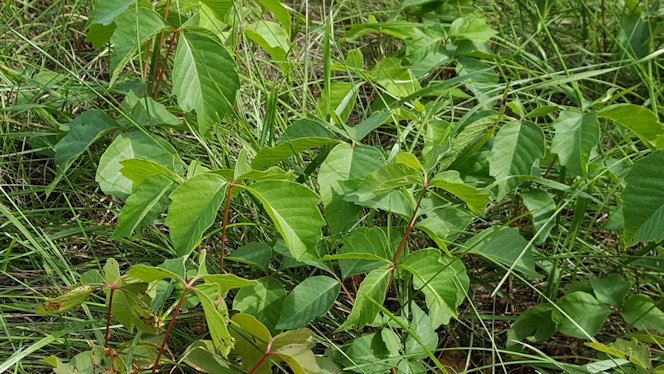 Anyone who has ever had Poison Ivy will tell you, “Leave of three? RUN” I don’t see Poison Ivy much in South Western Ontario but they spray everything there. I don’t forage anywhere near a road just because I have no idea what chemicals they have used.

Yesterday morning I saw some cloud formations that I just don’t see in South Western Ontario: 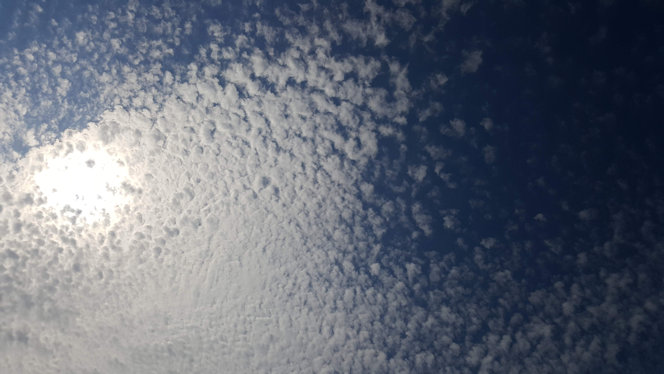 The pictures don’t do the clouds justice. It looked like the sky was full of cotton balls: 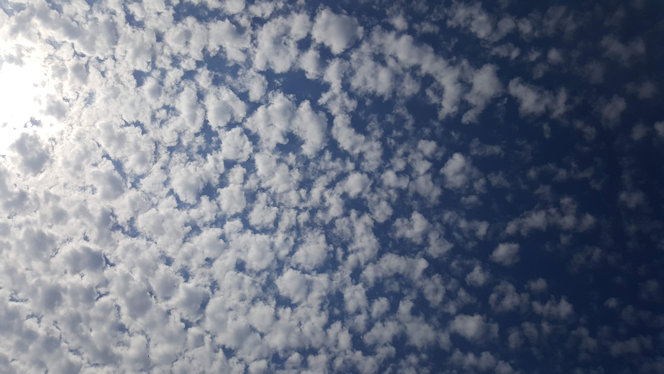 When I was a kid these clouds at this time of year meant the heat was going away! They meant a change of weather and true to form it’s quite chilly sitting here in the shade. YES, I know I should sit in the sun but then I can’t see my screen. LOL!

@shadowspub sounds like she’s doing well today and may come home on Monday. Until then I’m gonna enjoy my mini-vacation by sitting under the trees and enjoying country life. The city is where I live but this area will always be home. 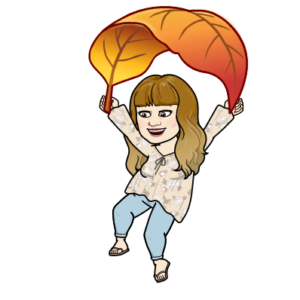